Anxiety is a symptom often mentioned in the syndrome of long COVID-19. But why do patients suffer less sequelae after recovery from a common cold? Fkbp5 gene may be the answer according to the latest research.

The Fkbp5 gene can regulate the activity of stress hormone receptor and plays a critical role in mental disorders. The Fkbp51 protein encoded by Fkbp5 is related to neuroendocrine system, which controls the stress response to hypothalamic–pituitary–adrenal axis (HPA) feedback as well as immune response.

A research team from Institute of Physiology, National Yang Ming Chiao Tung University (NYCU) and Department of Psychiatry of Taipei City Hospital, Songde Branch discovered that Fkbp5 knockout mice still showed anxiety-like behaviors in the early stage of recovery from body inflammation although their illness symptoms had mitigated. By contrast, wild-type mice did not show anxiety-like behavior after recovery.

To simulate the body’s inflammatory response, the research team intraperitoneally injected lipopolysaccharide—a toxic chemical commonly found on bacterial cell walls—into Fkbp5 knockout mice, causing the mice to appear ill (i.e., temporary appetite and weight loss). By nature, all rodents dislike heights and open fields. The research team put them into an elevated plus maze and an open field to observe their activities and behaviors. The longer the mice stayed in the open field, the more they adapted to the heights and open field, implying reduced anxiety.

The study found that 7 days after lipopolysaccharide injection, the appetite and weight of the mice gradually recovered, but Fkbp5 knockout mice exhibited anxiety-like behaviors. Generally speaking, the immune system and microglia in the brain’s hippocampus will be activated to combat inflammation while detecting foreign toxin in the body. Nonetheless, such phenomena were not noticeable in Fkbp5 knockout mice. This confirms that the Fkbp5 gene can regulate anxiety caused by inflammation in vivo. 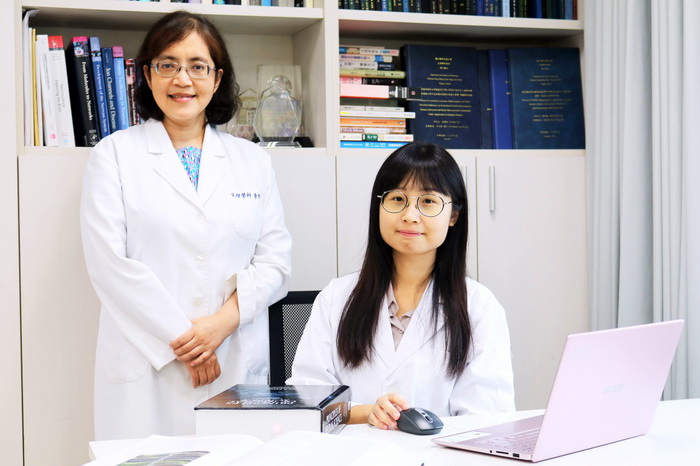 Professor Yi-Hsuan Lee of Institute of Physiology, NYCU—a leading researcher of this project—said that inflammation activates the HPA, enabling the Fkbp51 protein transcribed from the Fkbp5 gene to overexpress, initiating a series of molecular mechanisms including more GABA-synthesizing enzyme-GAD65 in ventral hippocampus neurons to inhibit neural activity, which stabilizes emotions. However, knockout of the Fkbp gene prevents the molecular pathway to function normally as a mood stabilizer, leading to anxiety.

Dr. Ming-Chyi Huang from the Department of Psychiatry of Taipei City Hospital, Songde Branch, who is also a research team member of this project, said that ventral hippocampus neurons have been proven to exhibit more GABA nerve conduction, which is helpful in the combat against inflammation-induced anxiety, but ineffective in treating other types of anxiety. This study provides a new rationale for the diagnosis and treatment of mood disorders after recovery from inflammation-related diseases.

Cytokine storm caused by COVID-19 infection are one of the reasons for the inflammatory response. Although the relationship between Fkbp5 gene and long COVID-induced anxiety requires further investigation, the study has initially revealed the molecular mechanism of Fkbp5 gene in inflammation-induced anxiety.

Research team members are Ph.D. student Yu-Ling Gan, master’s student Rong-Heng He, postdoctoral research fellow Chen-Yu Wang, and Professor Hui-Ching Lin of the Institute of Physiology, as well as Professor Hsin-Hsien Yeh of the Brain Research Center and Professor Jiuan-Jeng Chung of the Department of Anatomy and Cell Biology. The findings have been published in the Journal of Neuroinflammation.